It is one of the best waves in the world when it is on. This amazing left-hander is better on a high tide at 6 to 10 feet and then you have chances to see some of the most amazing barrels of your life. It goes for over 300 meters throwing constant and unbelievable tube sections. You might well get the best and most intensive barrel of your life. Better on a South West swell and light East-South East winds. 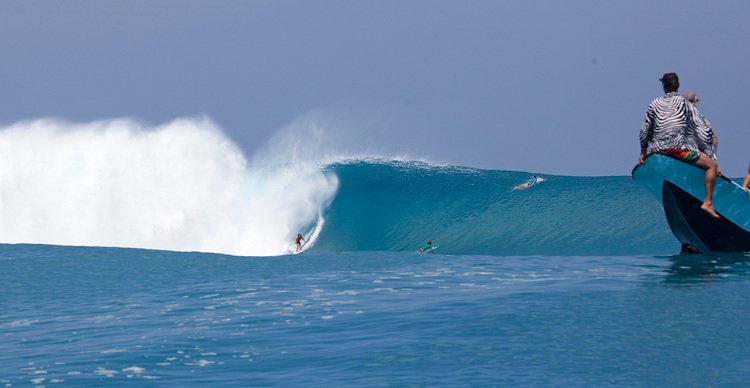 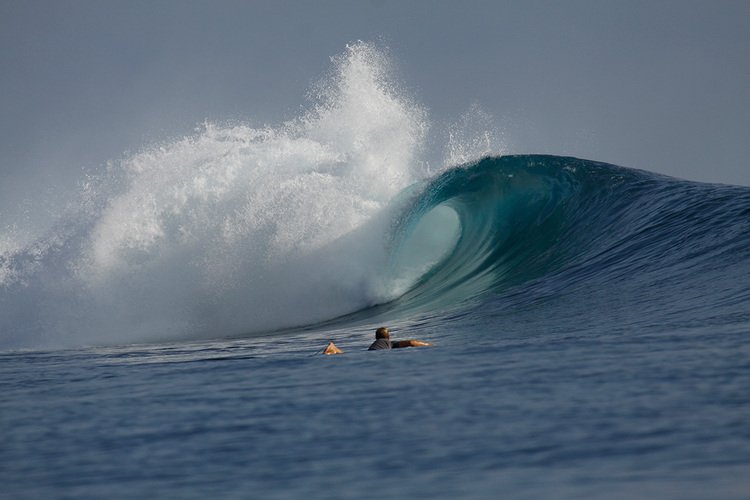 Inside of the bay, about 300 meters down the line, there is another point that breaks when Kandui is over 6 feet, and even though is a little shorter, it can be almost as intense and perfect as its big brother. It is better on high tide, otherwise it can be too close to the reef. It also needs a Southwest swell but better with Southern winds.

It is one of the most consistent lefts of the Mentawais. Located in front of the idyllic island of Pananggalat, makes it a real pleasure just to be in the water. Normally it has two sections. One outside that is the most consistent, and offers great take offs and fun walls. This wave gets better as it gets bigger. Sometimes it can go all the way to the inside bowl, and it is there that you can get a very fun barrel section, which works better on a big south swell at low tide. 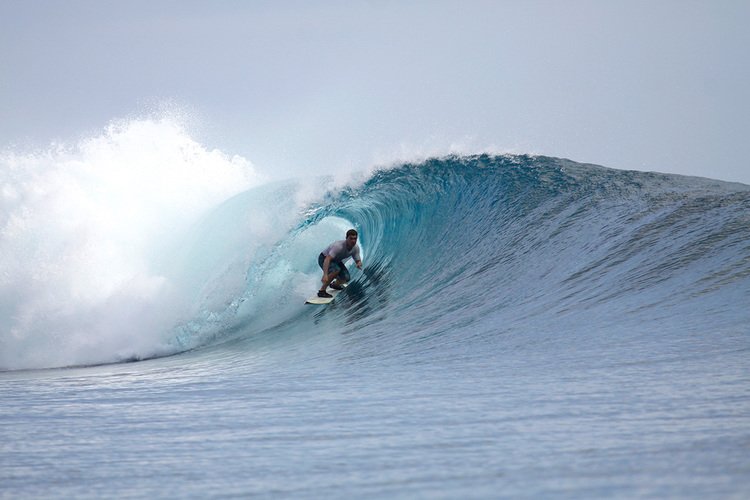 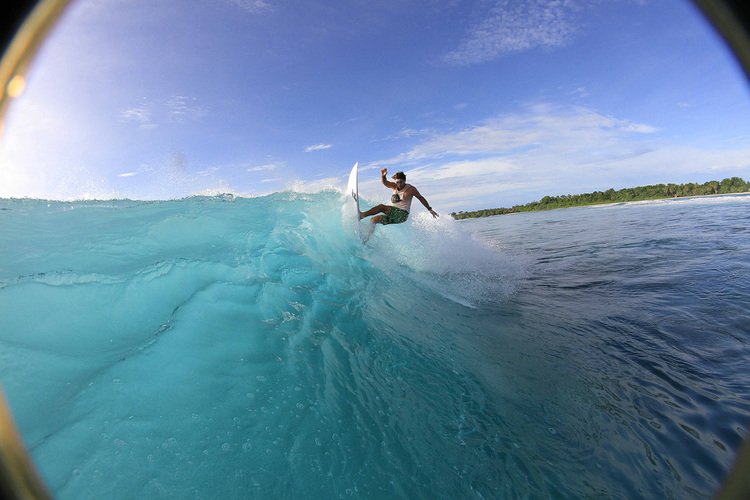 It is short but very fun right-hander suitable to make great turns on a very easy wave for all kinds of surfers. It is best with northerly wind mid tides and 3 to 5 feet. Can be dangerous on low tide getting very shallow on a sharp coral reef. It is a great option when the whole area is blown out by west-southwest winds.

It is one of the longest and most perfect right-handers in the world and the wave that you must surf at least once in your life. When big south swells and northerly winds, it is definitely the wave to surf. More than 400 meters of pure perfection that can offer more than four barrel sections. An easy take off puts you right in a perfect and endless wall where all you do is run and let its big barrel sections cover you up. Best at 5 to 8 feet, mid to high tide. It’s one of the reasons to visit the Mentawais. It is definitely a real world-class wave.

About six hundred meters further down from the Riffles take off zone; this beautiful right-hander wave puts you straight from the take off into a very fun barrel section and onto playful walls. It breaks at all tides on shallow reef. Perfect in a small southerly swell and north winds. This wave is a perfect option on smaller days.

This waves lies In the middle of the southern part of the playground area breaking left and right. Perfect for beginners and surfers that want to enjoy turns and easy surf over beautiful coral reef. Good in all tides, usually breaks from 2 to 4 feet with Northern winds. 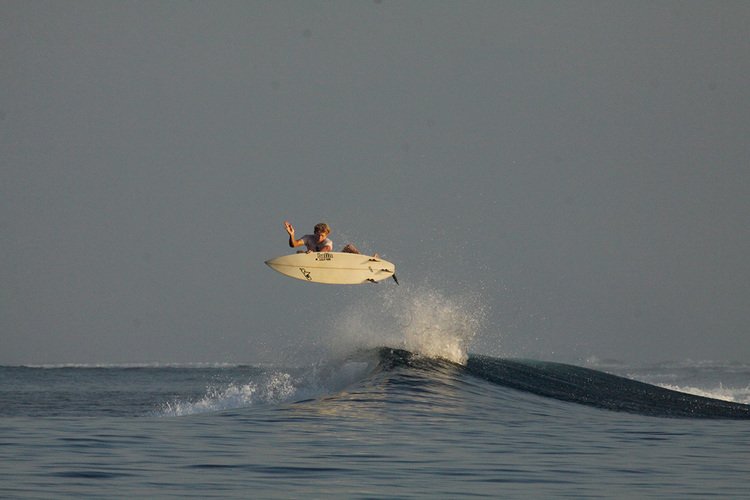 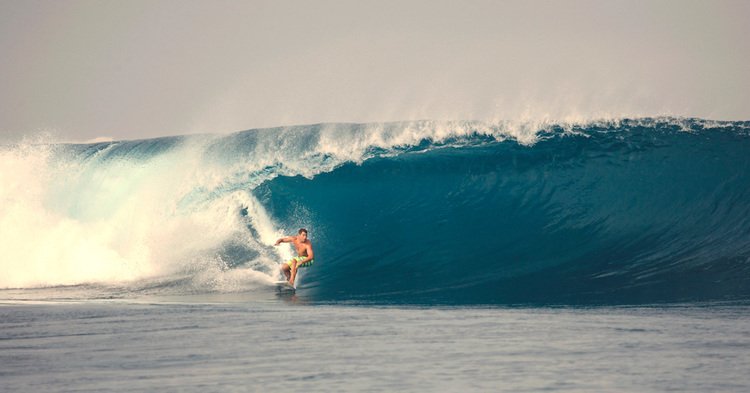 It is one of the best and most consistent lefts in the Mentawais. It breaks over one of the most beautiful coral reefs in the area. It is safer at high tide and really good at mid-tide. It can be dangerous but a perfect pipeline on low tide. At 6 feet to 8 feet and off shore it is unbelievably perfect. A fair easy take off puts you straight into a very powerful barrel section. Without doubt one of the best waves in the area. It might be the only option when the southern winds are blowing hard.

This wave is an absolutely amazing right-hander when it gets good breaking in deep water in two different sections. It is the big wave of the area. Breaks in all tides but better with an incoming tide. At low tide it can be unforgiving. It can handles up to 15 feet. Great take off with a big barrel section at the end. It can be a classic Hawaiian style deep-water wave. 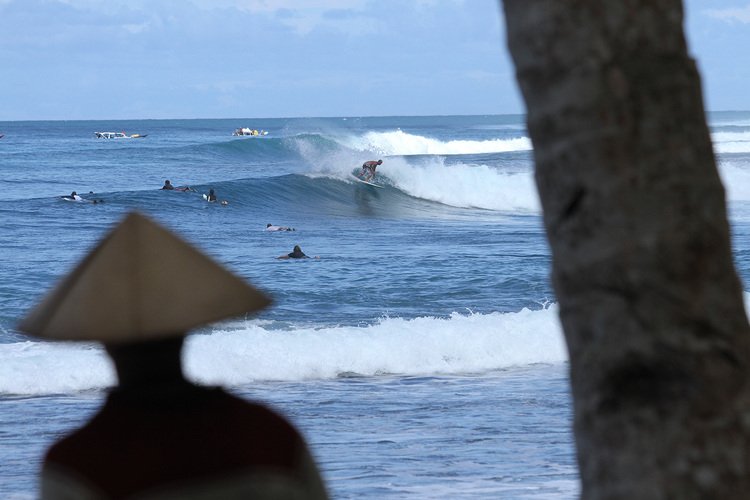 This right-hander is probably one of the most consistent waves in the Mentawais. It can offer real fun big take offs and a fast section down the line that can become very playful. It is great for big turns and different maneuvers but can also offer barrel a barrel section when small on a lo tide. The bay where it is situated is an absolute treasure and it is just worth surfing for that. You can experience beautiful sunsets there. It is only 5 minutes speed boat ride from our resort and 2 minutes from Bank Vaults.

It is one of the best left-handers in Mentawais. This wave is a perfect, round and powerful wall that can be barreled all the way when it is really on. It has it all. When it is less than 5 feet it is easy perfection with two nice barrel sections. When it is 6 feet and over it is just as perfect but it becomes very powerful and gnarly and tubes are as round as it gets. Good at all tides but more hollow at low tide. Winds don’t affect this wave that much due to its unique location but it is best when northeast winds blow onto it. One of our favorites! 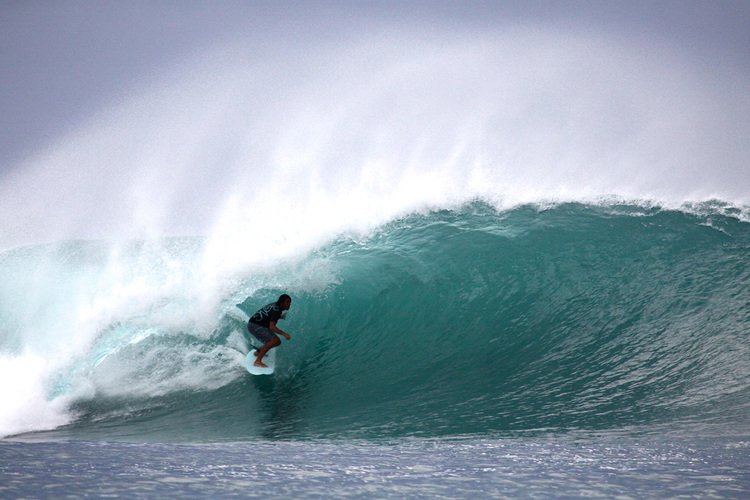 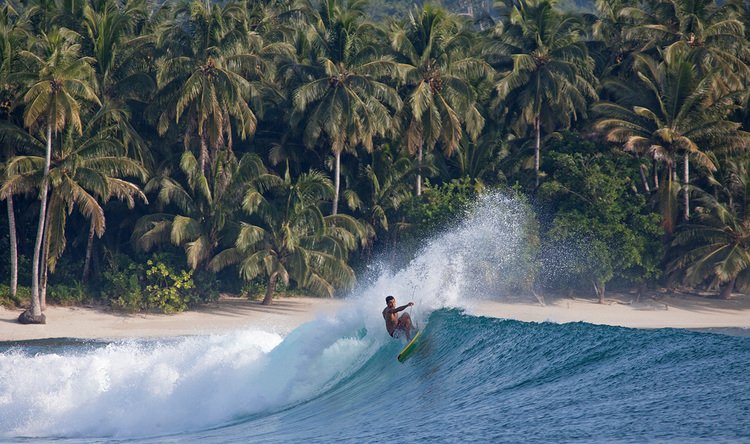 It is a very fun left-hander about 5 minutes North of E bay. This is a very consistent wave when there is just a bit of southwest swell in the areal. It goes good from 3 to 6 feet and it is perfect for all levels of surfers. It is a must surf wave just for the beauty of the nature around it.

One of the most photographed waves in the Mentawais for its perfect location, this wave has an easy take off that takes you to a short but very playful wall. The beach is one of the most spectacular in the area in terms of tropical scenery. It is an easy paddle from E bay. It s best at 3 to 5 feet, works on all tides and it is great for right hand lovers looking for quality easy waves. 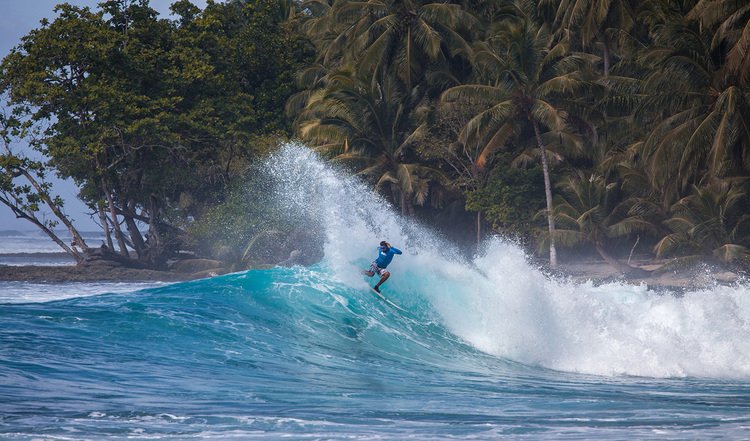 This beautiful right-hander is one of our options in the lower seasons, when the rest of the waves are too small to surf. The island (Kroniki) is one of the most amazing spots in the area and just by being in the water, makes it a real pleasure. It can be long and very playful. Sometimes barrels when the section comes closer to the rocks on a lower tide. It is great for turns and speed and for all levels of surfing. Sometimes when the winds are more east, we go around the island where there is a fun left.

Perfect world-class waves and other real fun ones are as close as 5 to 15 minutes by speedboat.

The mentawai chain of islands is fully exposed to the south southwest indian ocean swells.

Travelling thousands of miles, these swells arrive to us very consistently due to our position. In the early moths of the season (March and April), these swells are smaller but very consistent and they start getting stronger as we approach May. The same happens in October and November. Swells get smaller as we hit end of October, and beginning of November. Anytime from April to October you can expect very strong swells from South Africa and Antarctica, creating clean waves on our reefs.

If you are looking for calm periods and easy crowds,  we recommend you book with us in March, April, October or November, even though in our peak season (May to September) there is also plenty of options for smaller and easier waves. Remember that even in these periods you can expect also to have bigger and powerful ocean swells.

If you are looking for powerful waves over 6 feet, then you are on to book anytime from April to September, but even in these months there are smaller days and in the bigger days, there are still plenty of spots to surf smaller and mellower waves inside our bays.